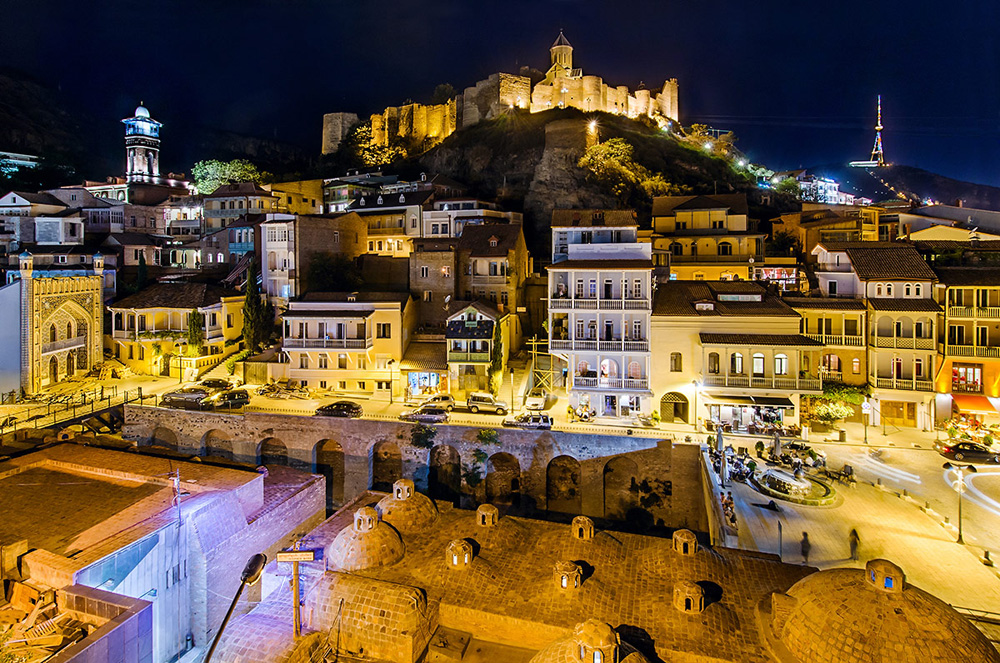 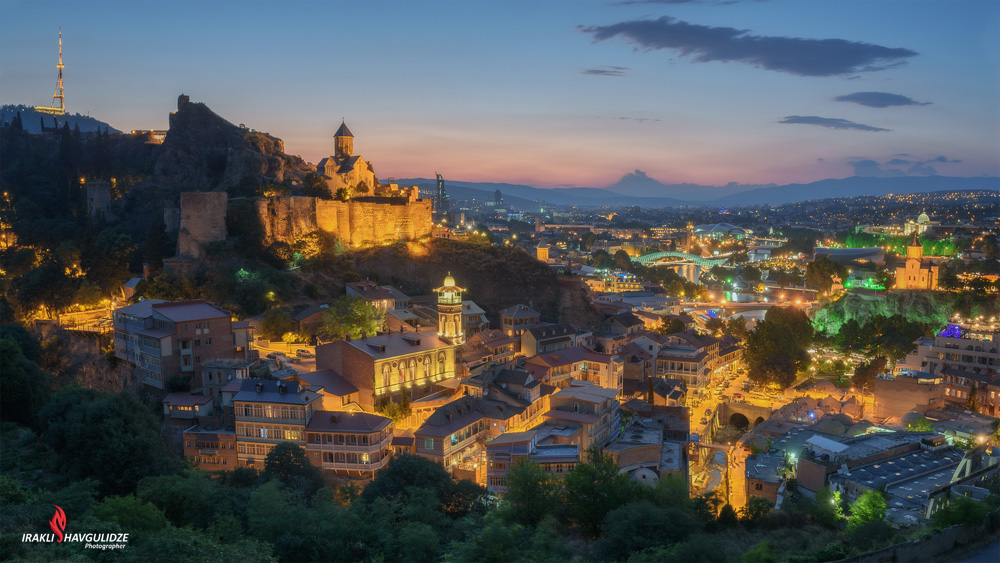 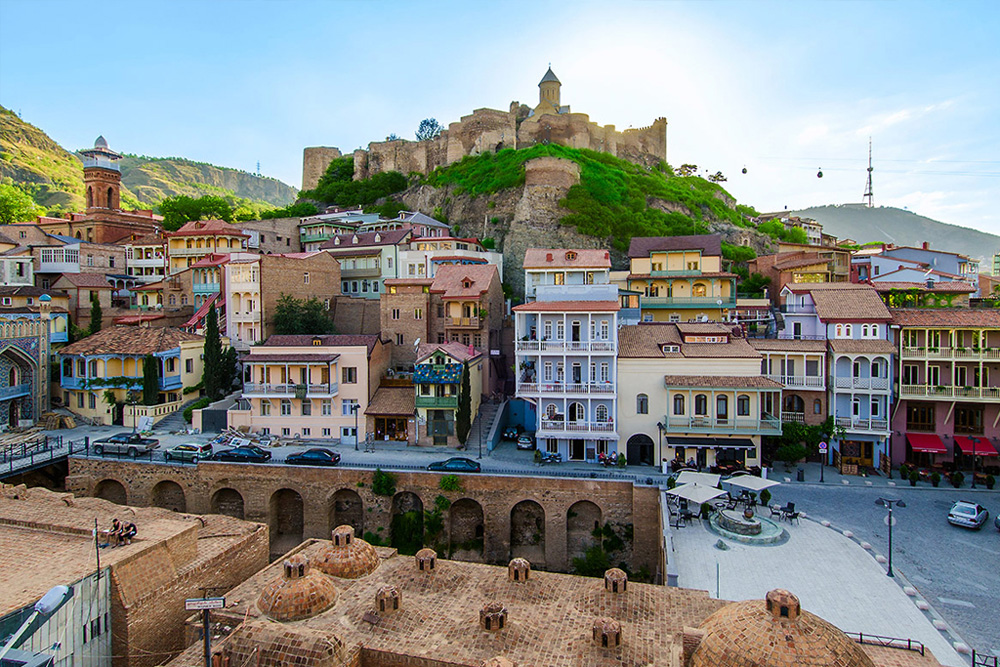 The Narikala Fortress is an ancient fortress overlooking Tbilisi, the capital of Georgia, and the Kura River (Mtkvari). The fortress consists of two walled sections on a steep hill between the Sulphur baths and the botanical gardens of Tbilisi.

The Fortress was built in the 4th century as Shuris Tsikhe (i.e. “Invidious Fort”). It was considerably expanded by the Umayyads in the 7th century and later, by king David the Builder (1089–1125). The Mongols renamed it “Narin Qala” (i.e., “Little Fortress”). Most of extant fortifications date from the 16th and 17th centuries. In 1827, parts of the fortress were damaged by an earthquake and demolished.

The best preserved tower stands alone, southwest of the lower fortress of old Tbilisi. This roofless turret is the 16th-century Istanbul Tower, so called because during the Turkish occupation of that period it was used as a jail. The imposing Shakhtakhti Tower in the west dates from the 7th to 9th centuries.

The archaeological excavations revealed that there was a twelfth century church inside the Narikala Fortress. The church was rebuilt and designed in keeping with the fortress surrounding it. The interior is decorated with frescoes, depicting both biblical scenes and the history‚ of Georgia.

The interesting fact is that in Arab times it served as an observatory!

So if you want to see beautiful view of Tbilisi, Then you should to visit Narikala fortress. Entering to the fortress is free. 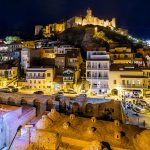 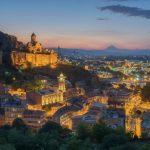 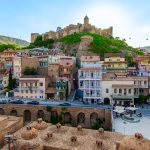