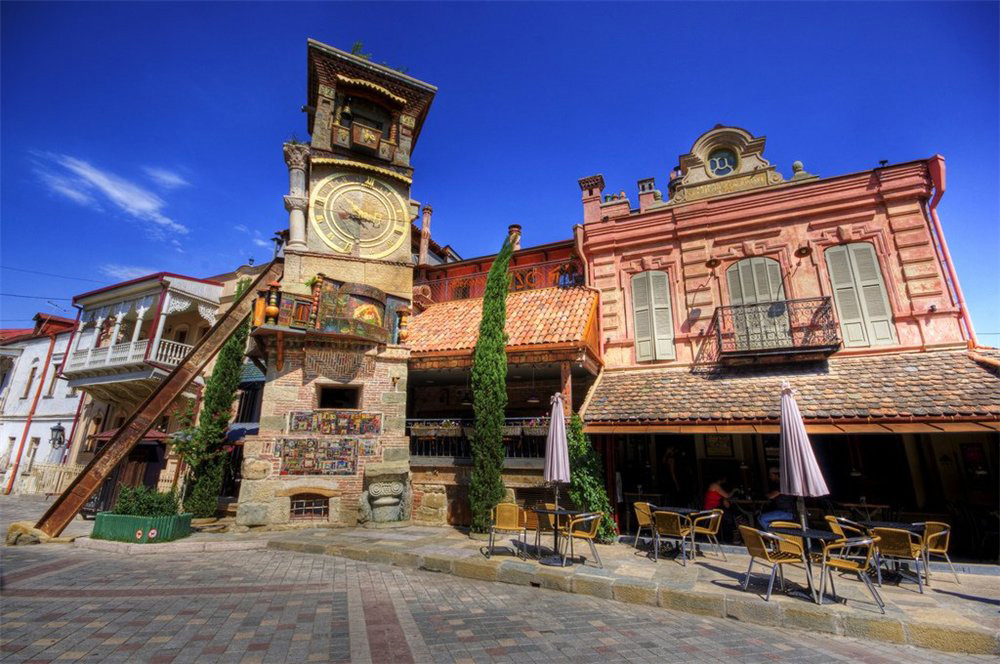 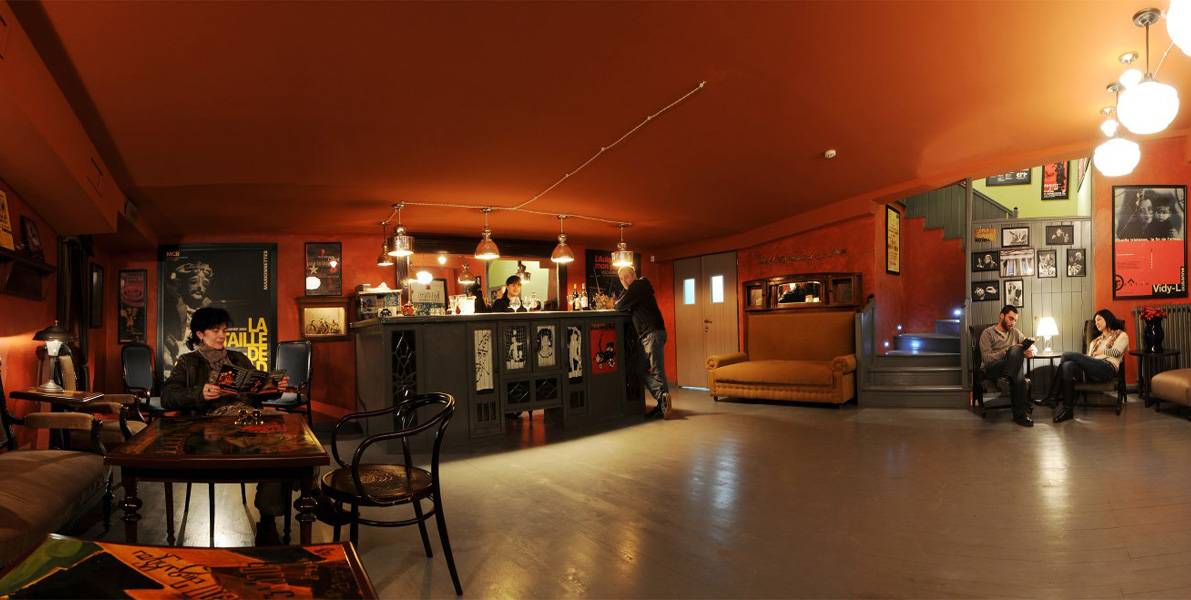 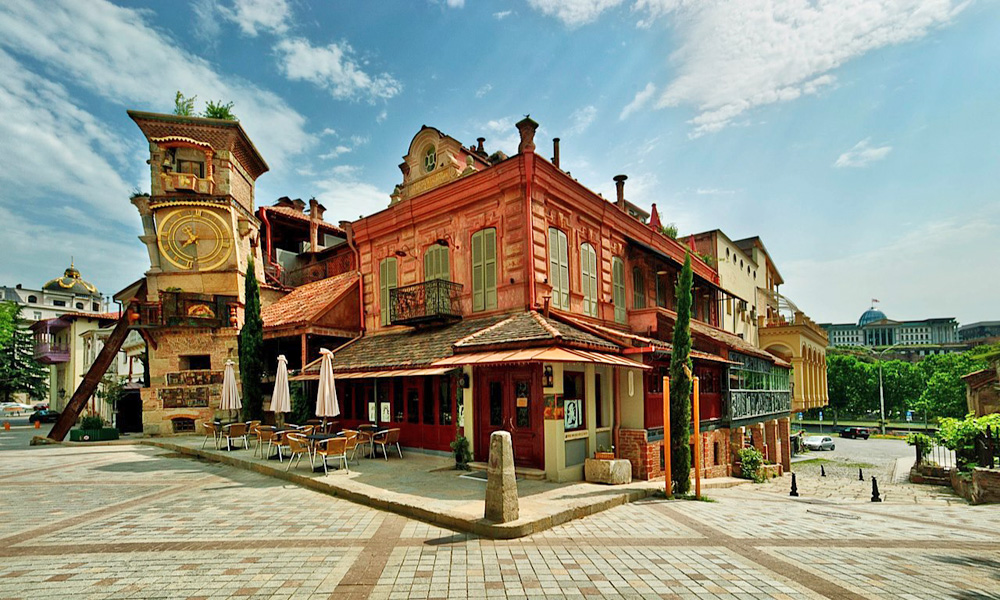 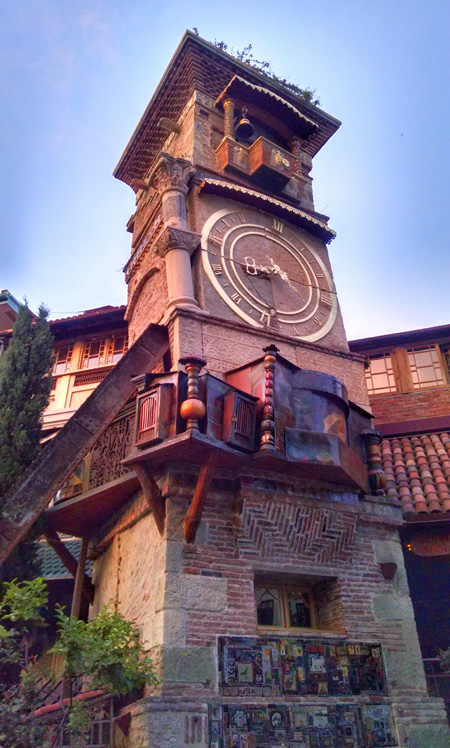 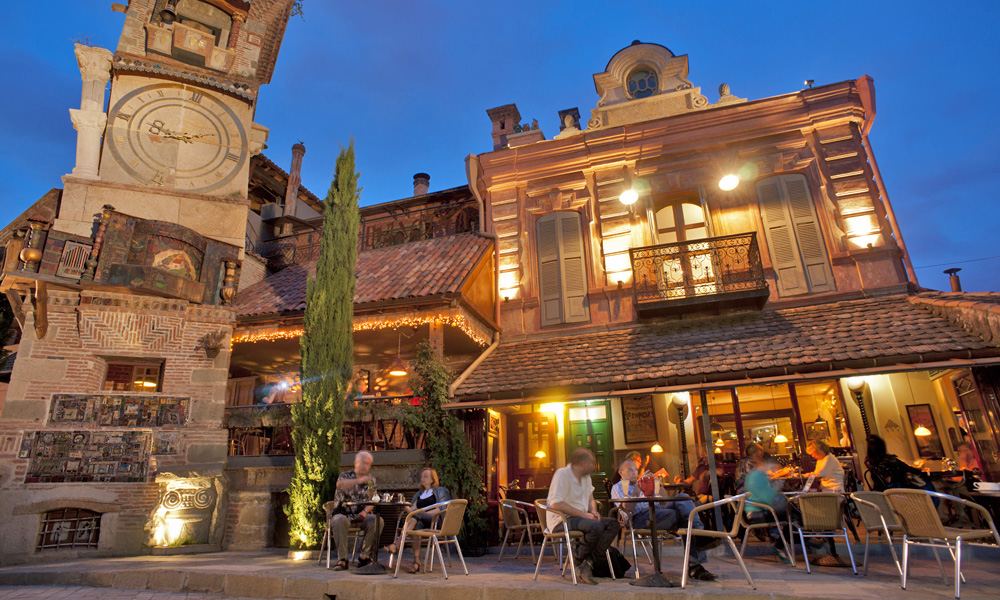 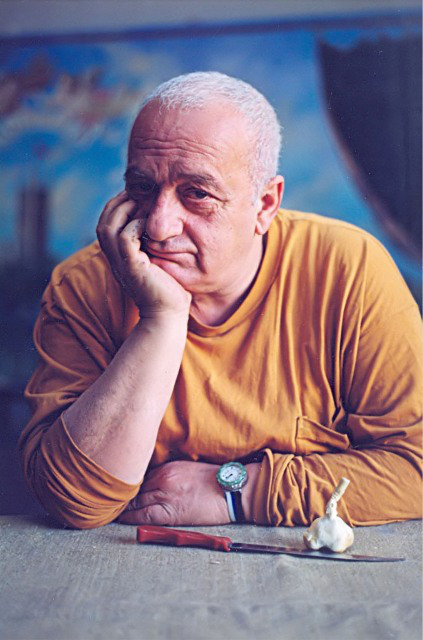 In 2010 Rezo Gabriadze built a unique clock tower next to marionette theatre in Tbilisi old town. Every hour an angel comes out with a small hammer to ring the bell.

There is a small puppet theatre inside the tower and twice a day at noon and at 7pm you can see a show – “The Circle of Life”.

Rezo decorated the tower with hundreds of tiles which he designed himself and the it instantly became a major architectural attraction of Tbilisi. People often call it the Tower with clock or The Tower with angel.

Rezo Gabriadze speaking about the Tower and its construction:

When the construction began, I found myself, as if by a miracle of the time machine, in the faraway and beautiful Byzantine Empire of the 10th – 13th centuries. The tower was to naturally blend with the surrounding space and time.

My table was piled with books on the architecture of Georgia, Byzantium, Italy and Russia…Books on the decorative ornaments, generously left by Byzantium for the world to use.

I made a trip to the Dark Ages and I must say that they were not nearly as ‘dark’ as we often think of them. And even if that period was dark, who are we to pass the judgment? We’d better be mute on the subject.

But who would do the building? Where are good builders to be found? In the end, one came out of a wall. The other stepped off a bus. The first was called Otar (Otar Magrakvelidze), a man of my age over 70, one of those people whose face in a group photograph is often half cropped because they stand at the side. He had spent 50 years on different construction sites in Georgia, and had been a builder all those years. What a beautiful career! We made friends with him, and still are, and will be forever!

The name of the other man was Avtandil (Avtandil Lezhava). Judging by his character, his age could have been between 1,300 and 1,500. Reticent and eluding, he would return your glance with a quiet subtle smile of his elusive eyes, without focusing on you for long , and then would shift his gaze to a rain-pipe. Phrases of more than five words depressed him. He joined us after he had finished the construction of a village church in western Georgia. He arrived with a bundle and a bag of tools , just like in the 12th century. His wife brought the rest of his belongings, quietly shaking her head.

I was assisted by engineers, designers and architects – Zurab Dzhaparidze, Gela Djangirashvili, Archil Dzhaparidze, Kote Odishvili and others. They translated my drawings and ideas into modern, understandable construction language. I am extremely grateful for their help.

“But my dream came true. I went back to painting and sculpture, and this time forever. I am grateful to my fate, to the puppets, and my small troupe, rustling softly in dark corners of this old building.”

Though modest in size, The Gabriadze Theater is among the world’s preeminent cultural institutions. Presenting mature puppet performances full of depth and meaning, it has gained the respect and recognition of international audiences and critics alike.

Based in its home theater in Tbilisi, Georgia, the company is under the direction of a noted artist, writer, and director Rezo Gabriadze (whose awards include Commander of the Order of Arts and Letters of the French Republic – France’s highest recognition for cultural achievements.) The Gabriadze Theater has toured extensively, its recent venues including: Lincoln Center Festival in New York; The Edinburgh Festival; Bogota Theater Festival; San Sebastian Festival, Spain; Toronto World Stage Festival; The Barbican Center, London; Theater de la Ville, Paris; The Kennedy Center Festival, Washington, D.C.; an extended 2013 run at Moscow’s Theater Art Studio as well.

The Gabriadze Theater stands in the heart of Tbilisi’s historic Old Town. This beautiful building of the unique marionette theatre was designed by Gabriadze himself. Among the shows in its current repertoire are: “The Autumn of My Spring”, “The Battle of Stalingrad”, “Ramona”, “Diamond of Marshal de Fant’e”. 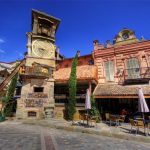 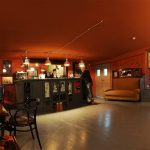 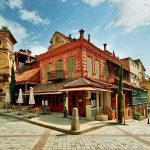 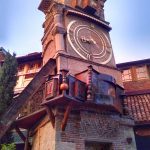 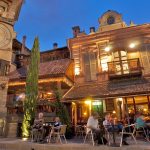 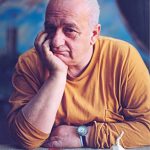