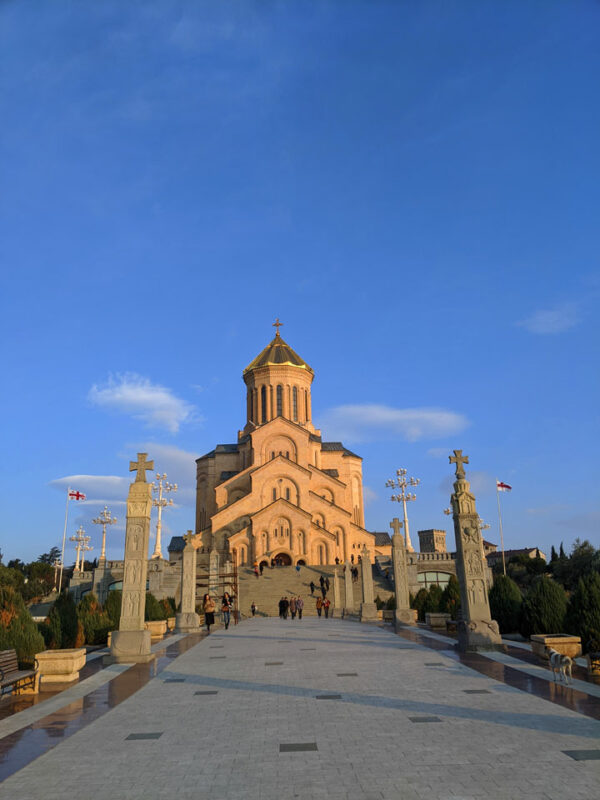 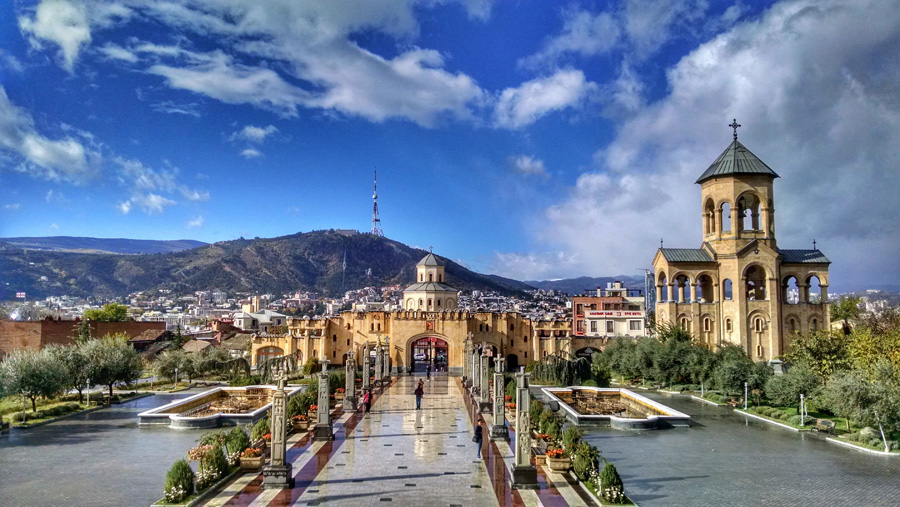 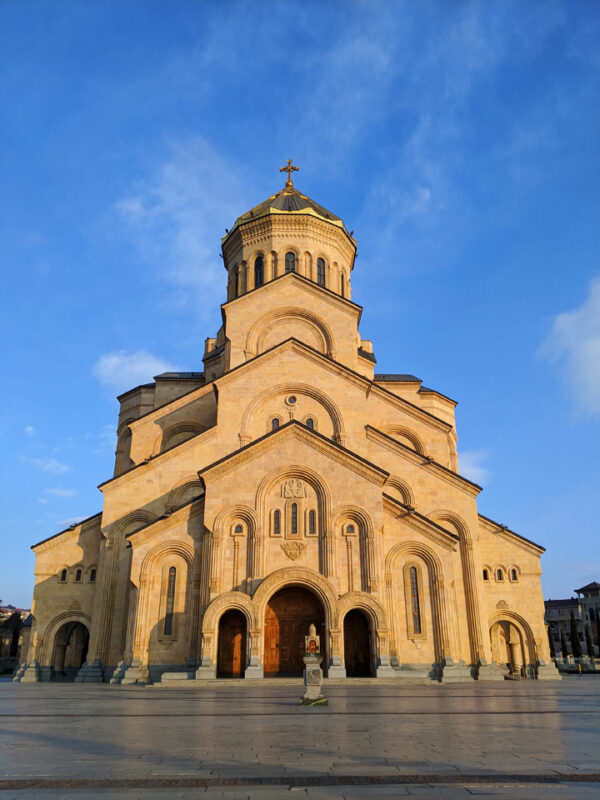 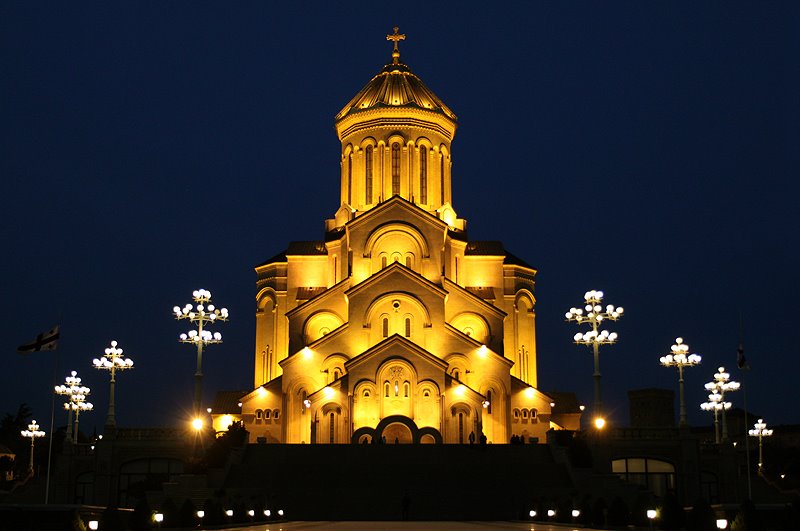 Holy Trinity Cathedral – The idea to build a new cathedral to commemorate 1,500 years of autocephaly of the Georgian Orthodox Church and 2,000 years from the birth of Jesus emerged as early as 1989, a crucial year for the national awakening of the then-Soviet republic of Georgia. In May 1989, the Georgian Orthodox Patriarchate and the authorities of Tbilisi announced an international contest for the “Holy Trinity Cathedral” project.

No winner was chosen at the first round of the contest when more than a hundred projects were submitted. Finally the design by architect Archil Mindiashviliwon. The subsequent turbulent years of civil unrest in Georgia deferred this grandiose plan for six years, and it was not until November 23, 1995, that the foundation of the new cathedral was laid.

The construction of the church was proclaimed as a “symbol of the Georgian national and spiritual revival” and was sponsored mostly by anonymous donations from several businessmen and common citizens. On November 23, 2004, on St. George’s Day, the cathedral was consecrated by Catholicos Patriarch of Georgia Ilia II high-ranking representatives of fellow Orthodox Churches of the world. The ceremony was also attended by

It consists mainly of two parts – above ground and below ground. The total height from the zero mark, including the cross, is 86.10 meters (the cross itself is 7.5 meters high). There are two floors in the underground part of the church. The foundation of the temple is at a depth of 14.07 meters, the floor of the lower floor is at 13.07 meters. (Added to this is a 1 meter foundation). The total height of the Trinity Cathedral, according to these data, is 100.17 meters (86.10 + 14.07). St. The length of the Trinity Church is 70,450 meters and the width is 64.68 meters. 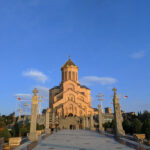 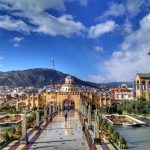 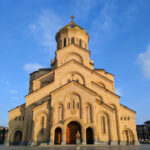 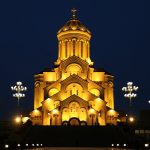