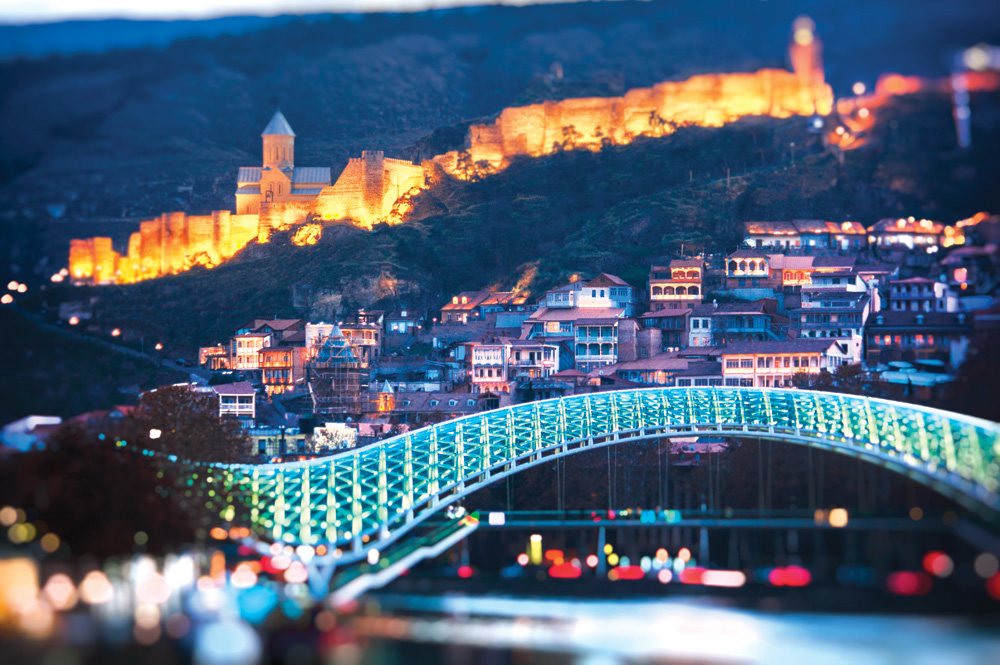 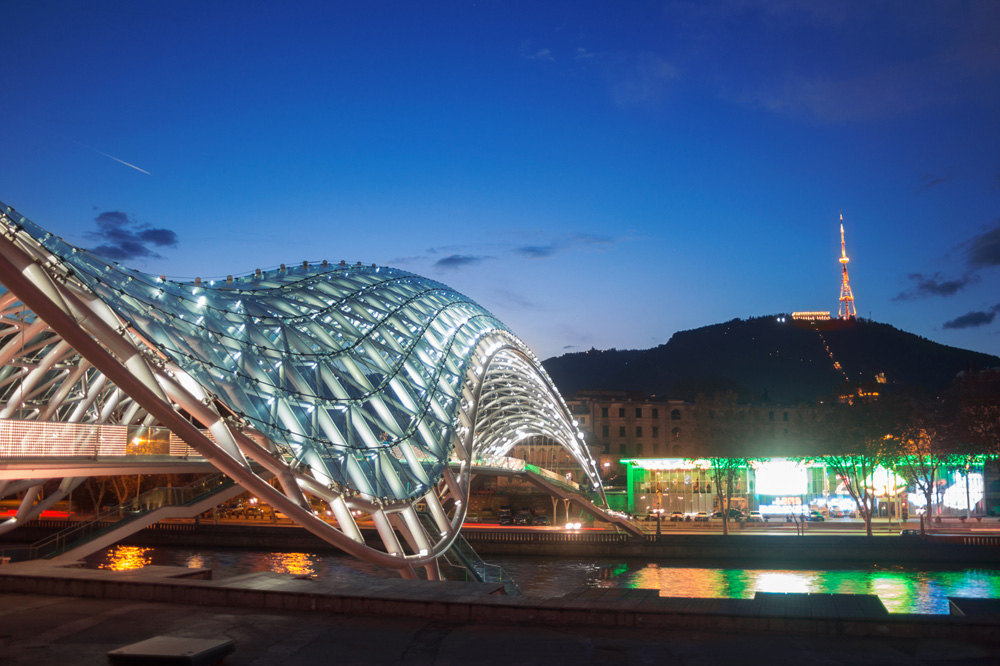 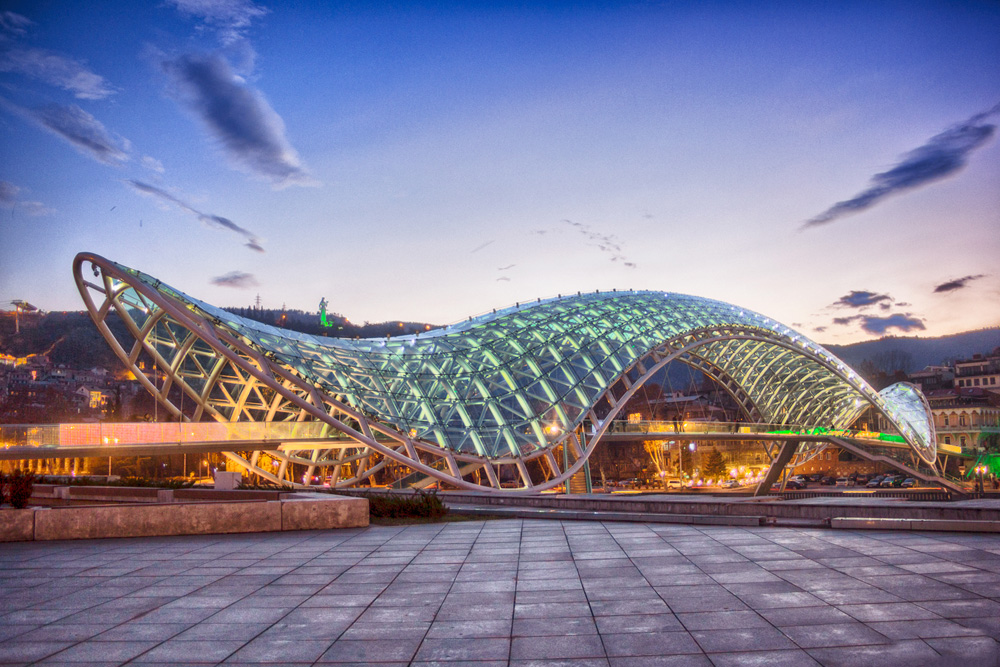 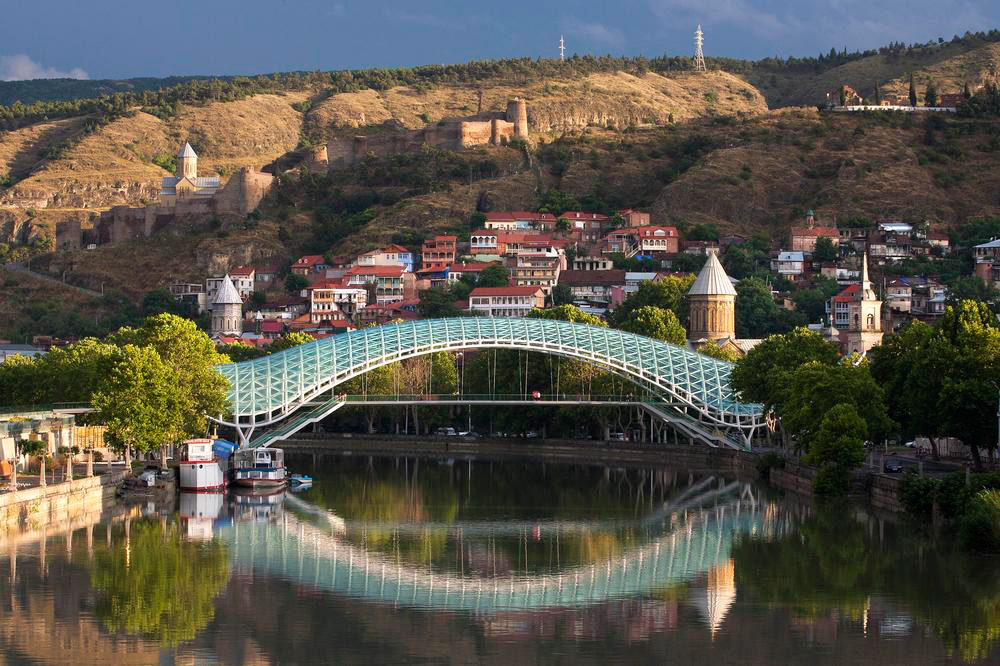 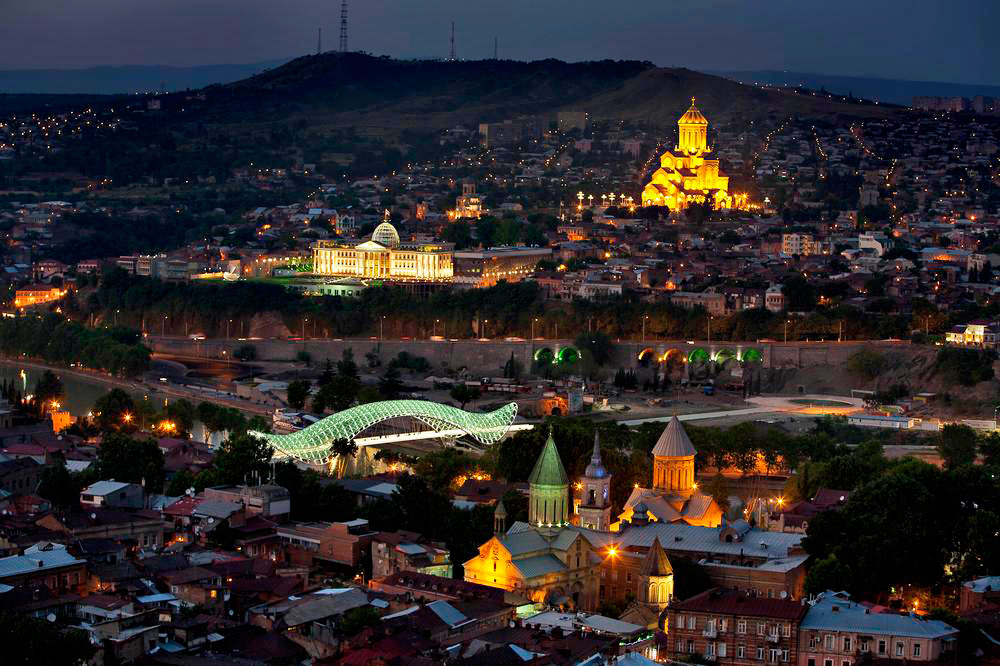 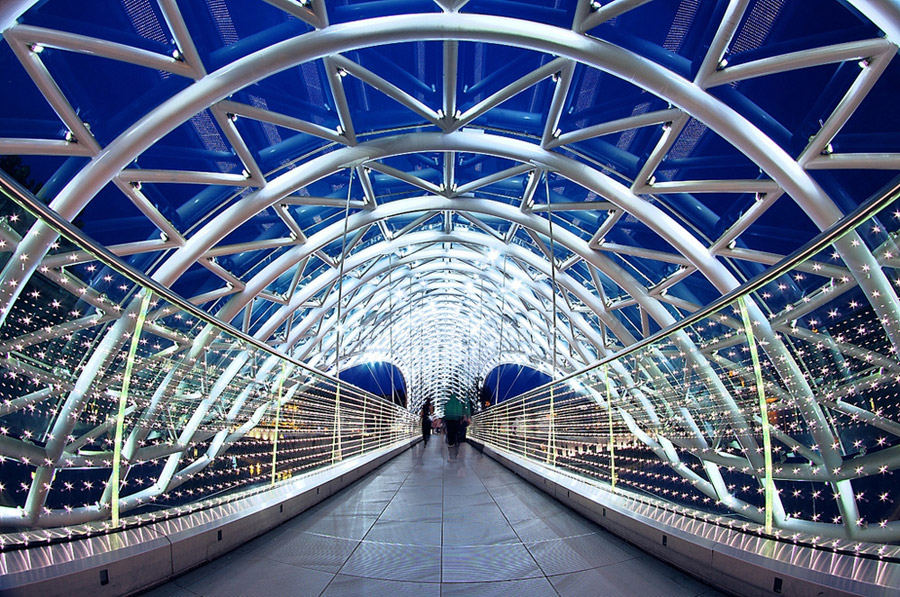 The Glass Bridge stretches 150 meters over the Kura River (Mtkvari). The Bridge was ordered by the City Hall of Tbilisi to create a contemporary design & LED lights. The Bridge of Peace was designed by an Italian architect Michele De Lucchi, who had previously  designed the buildings of the Ministry of Internal Affairs and Presidental Administration of Georgia.

The structure of the bridge was built in Italy and transported to Tbilisi. The lighting was installed on site during the assembly of the structures. As a result bridge connecting Old Tbilisi with the new park Rike.

The official opening took place on May 6, 2010. The glass bridge stretches over the Kura River providing a unique view of Metekhi Church. On the one side you will find Narikala Fortress and statue of city’s founder Vakhtang Gorgasali. On the other side Baratashvili Bridge and also Presidential Office.

The bridge is especially beautiful at night when the lights are reflected in the water. In 2012 the Bridge in Tbilisi hit the Top-13 most unusual bridges in the world.

“A bridge is a structure that joins two points, allowing people to get over an obstacle, and it is also a highly symbolic form of architecture in that it can be an emblem of dialogue between two opposite and divided positions”  Michele De Lucchi. 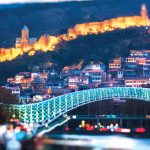 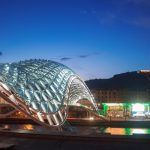 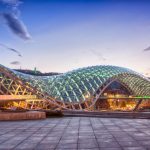 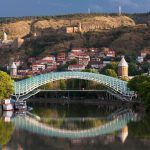 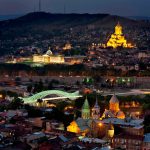 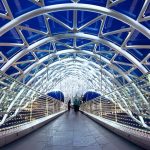