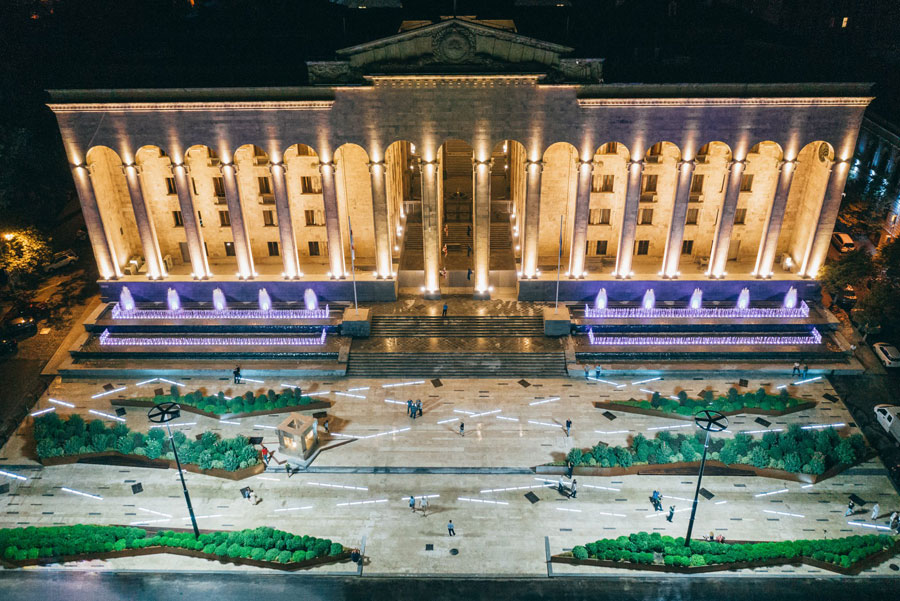 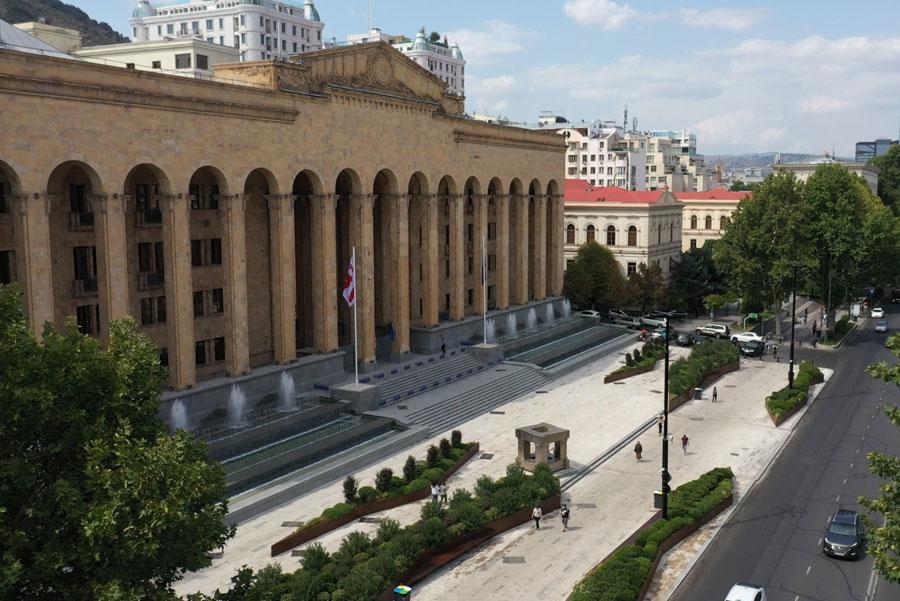 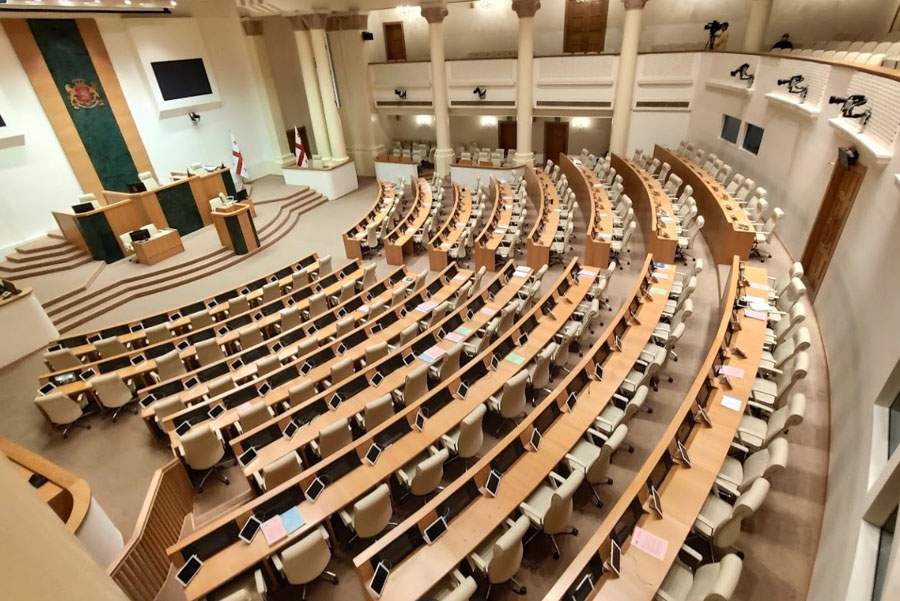 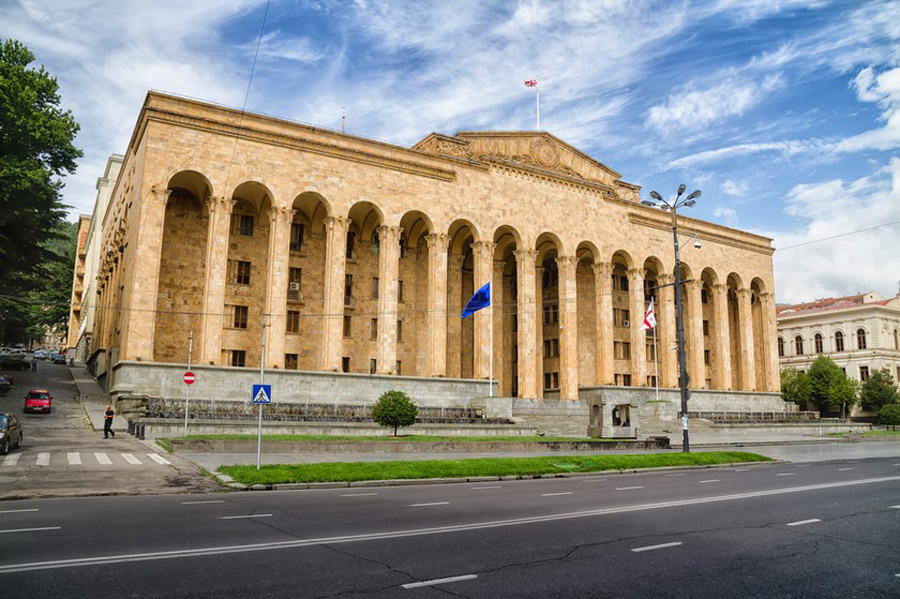 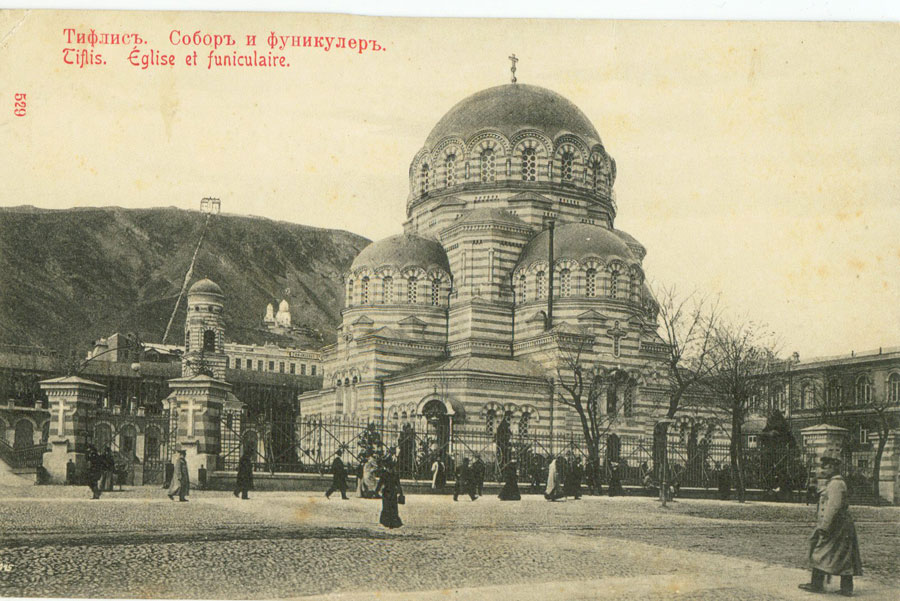 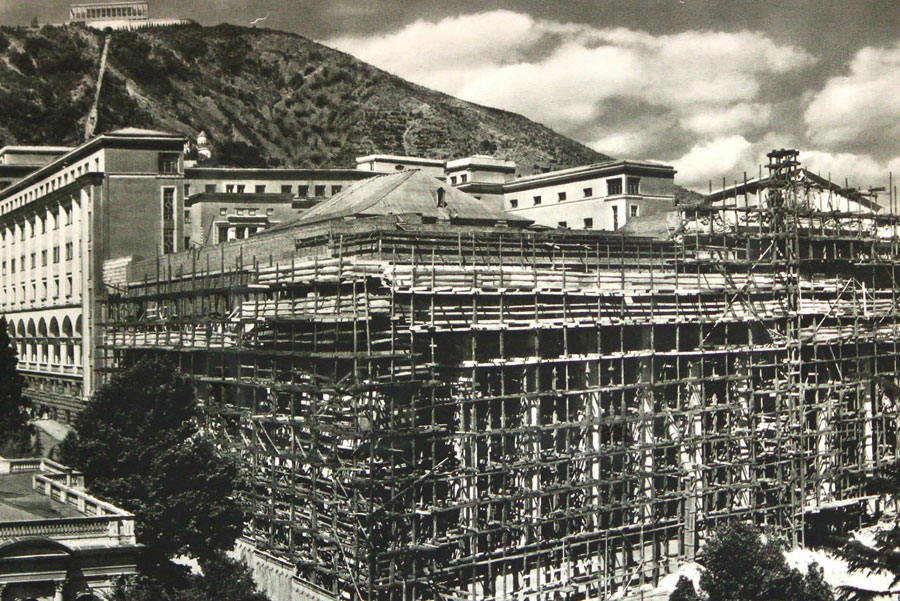 The Parliament of Georgia building is located on Rustaveli Avenue, opposite the Kashveti Church, between the First Public School and the Youth Palace.
The building is distinguished by its scale and pompous architecture, which is typical of Soviet-era government buildings. Previously, the Supreme Council of the Georgian SSR functioned in it.

At the site of the Parliament building, the so-called “The Soboro” military temple was erected in 1865-1866 to commemorate the conquest of the Caucasus by Tsarist Russia. After the Soviet Union, the temple was demolished and the construction of the Government House began in its place in 1938 , which lasted until 1965. The authors of the project are architects: Kokorin, Lezhava and Nasaridze.

The architecture of the Parliament building uses a building material typical of national architecture – golden tuff and architectural ornament. The Parliament of Georgia building and the space around it are closely linked to the long dramatic history of Georgia’s independence. Thus, the graves of cadets killed during the Soviet occupation of Georgia were laid at the base of the building. The tragic events of April 9, 1989, unfolded in front of the Parliament building, when the Soviet Army dispersed a peaceful rally here, which ended in casualties. To commemorate this, a memorial to the victims of April 9 stands in front of Parliament. 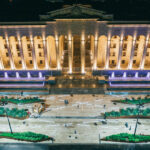 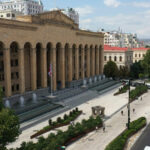 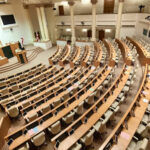 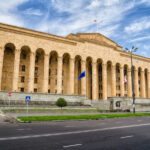 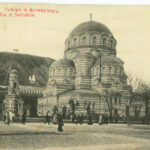 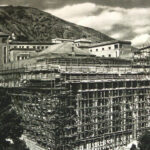