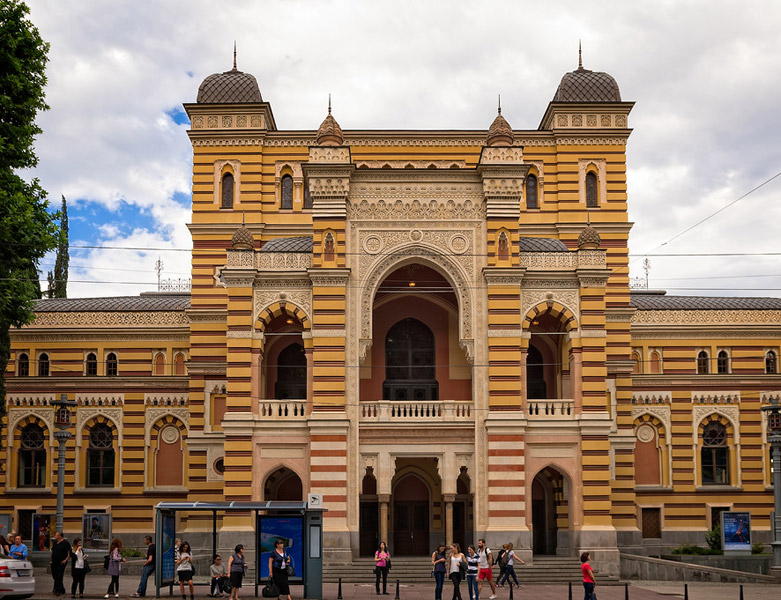 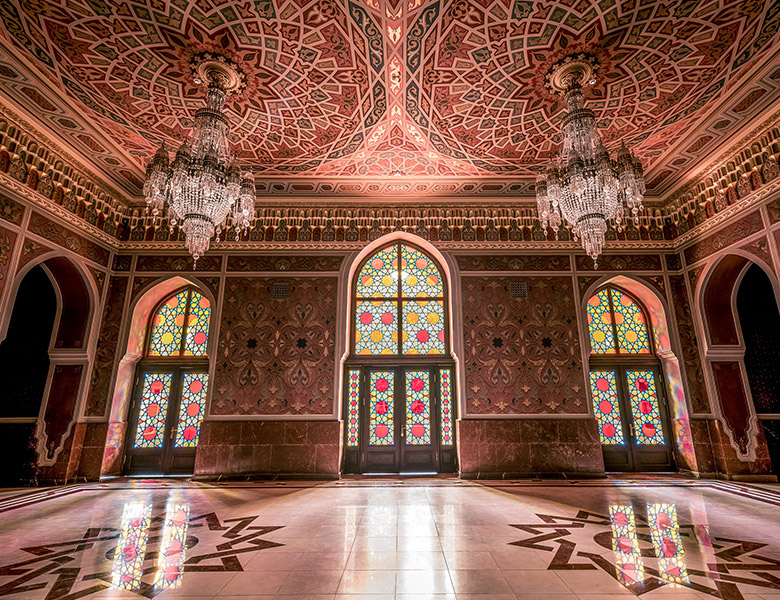 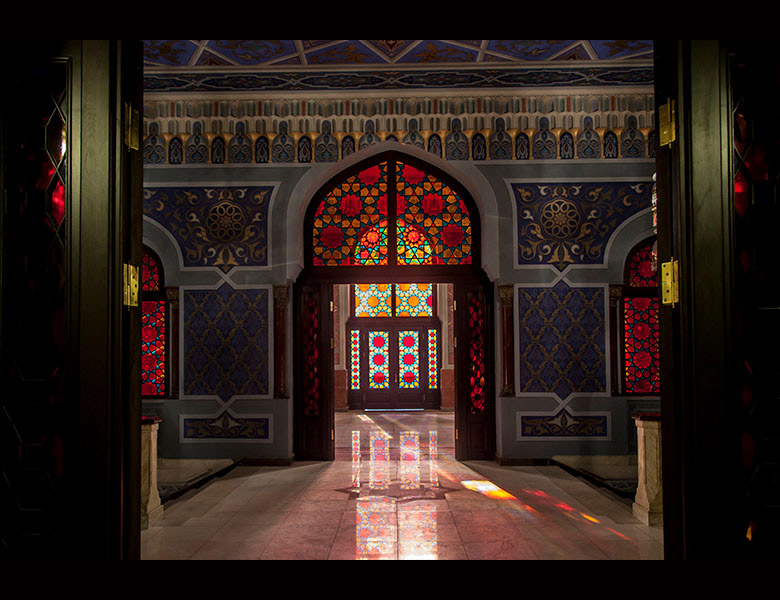 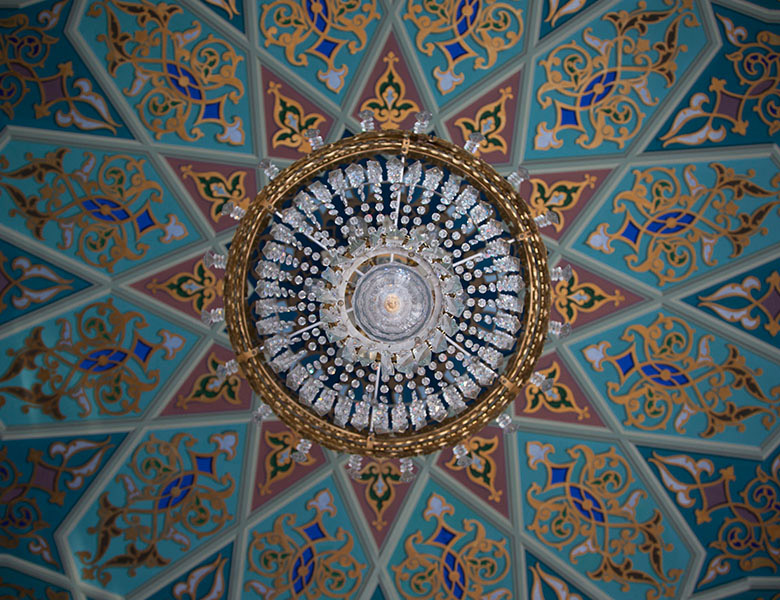 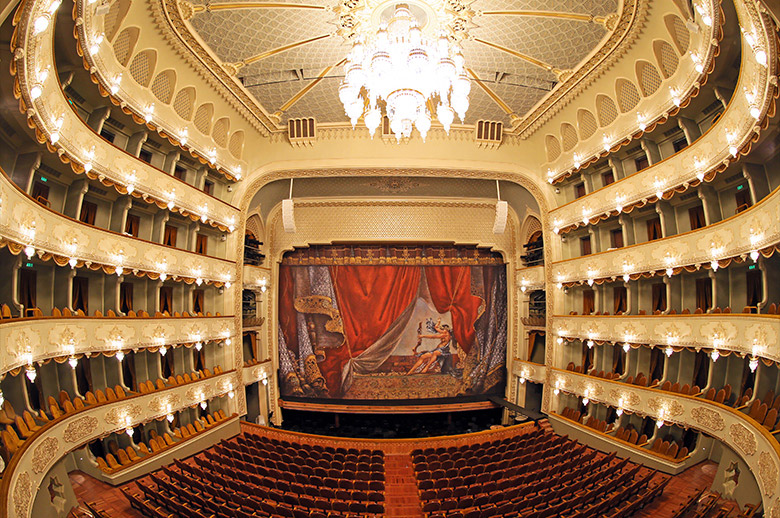 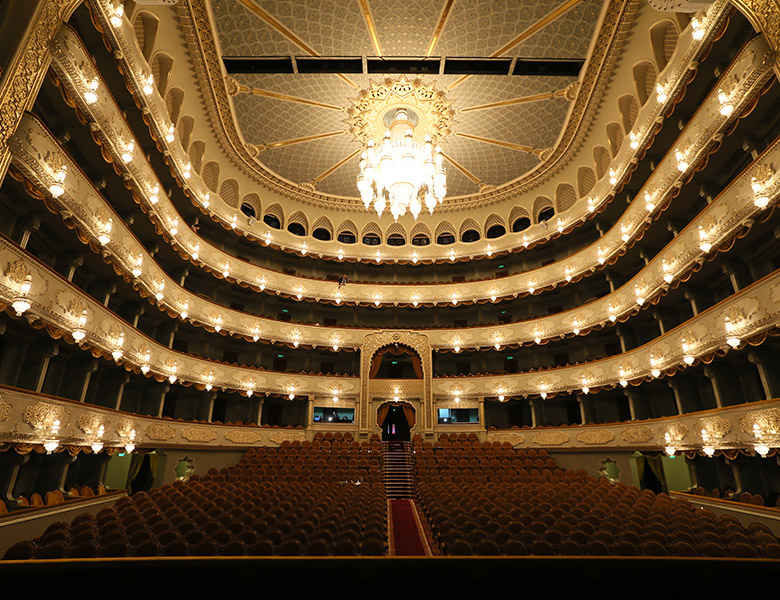 Opera and Ballet Theatre – In 1896 on the Golovin Prospect (now Rustaveli Avenue) the construction of the new Opera House, designed by the architect Victor Schröter, was finished. The new building was calculated to have a seating capacity of 1200 (the present building of the Opera Theatre). This so called Treasury Theatre was opened on November 3, 1896 with Glinka’s opera A Life for the Tzar.

These operas, from the very first performances have determined the national image of the Georgian Opera. Abesalom and Eteri by Zakaria Paliashvili has traditionally been the opening performance of the season at the Tbilisi State Opera and Ballet Theatre.

Since 1937 the Opera theatre is named after the Georgian classicist and the greatest composer of all time, Zakaria Paliashvili.

Since the 30’s of the 20th century Georgian operas were performed not only on the stage of the Tbilisi Opera, but also abroad (in Russia, Ukraine, Armenia, Azerbaijan, Poland, Germany, France, Bulgaria, Hungary, Czech Republic, and Slovakia). The Tbilisi opera and ballet companies had triumphant tours in a lot of countries, participated successfully in international festivals and forums. World famous opera singers, conductors, dancers have frequently been the welcome guests of the Tbilisi Theatre stage.

At the beginning of the 70s the ballet company had a new artistic director – George Aleksidze, Fyodor Lopukhov’s student. Aleksidze brought new aesthetics to the theatre – neoclassical ballets became a part of the repertoire along with classical works. The company’s next artistic director through 1982-1985 was Mikhail Lavrovsky, the internationally known Bolshoi Theatre dancer and choreographer.

The important episodes of the artistic biography of the famous Georgian conductor Djansugh Kakhidze are also connected to the Tbilisi Opera Theatre. He came there as a conductor in 1962; later he became a principal conductor (1965-68) and artistic director (1982-2002).

After the fire in 1973 almost the whole interior of the building was destroyed – the very famous, stunning curtain by Sergo Kobuladze, costumes, stage properties, details, museum items, archive materials were burnt. In 1978, the theatre building was restored to its original form (architects: Leri Medzmariashvili, Murtaz Chachanidze). The authors of the reconstruction have succeeded in maintaining the Eastern, pseudo-Moorish style of the building. Six rehearsal halls were made (three of them – for ballet, two – for opera and one – for orchestra). In the foyer of the Theatre, three remarkable halls, the so-called Red Hall, Mirror/Blue Halls, hosted vocal and chamber concerts, exhibitions and meetings of various kinds.

In 1986-2004 the general manager of the theatre was Zurab Lomidze, who was followed by the director David Sakvarelidze (2004-2012); the conductor Giorgi Zhordania (General Manager) and Giorgi Kiladze (director of the theatre) were the heads of the theatre after him.

Since November 14, 2016, Badri Maysuradze (Tenor) has been the artistic director and the general manager of the theatre.

The huge international project of repairing the theatre building started in 2010 (architect Leri Medzmariashvili). Apart from the international foundation Kartu, which was the major sponsor, some other foreign companies (Gerriets and Salzbrenner Media, Germany; Wagner, Austria; Svetlost, Serbia) also took part in the process.

The foundation was strengthened, the roof was covered with copper sheets. The painting of the theatre interior, stage mechanism, the material and technical equipment of the theatre was renewed. The orchestra pit became larger, Djansug Kakhidze rehearsal hall was rebuilt, open verandas and a space for exhibitions were added.

After 5 years of the renovation, the whole Georgia, as well as 700 members of the staff with their Artistic Director of the Theatre celebrated a grandiose re-opening of the theatre.

The Theatre is a member of Opera Europa. 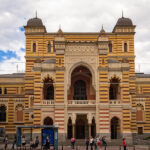 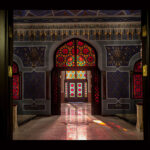 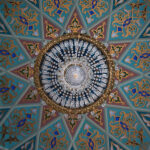 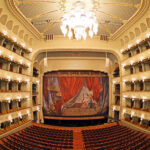 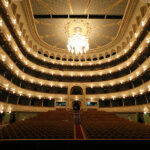