Bus station “Navtlugi”, located next to the M/Station “Samgori”. Transport runs only to the Eastern region of Kakheti, in cities such as Sighnaghi, Telavi, Kvareli and other towns or villages.

If you want to travel out of the capital in a lower price, (but less comfortable) you can use public transport, mainly buses, micro-buses (so called Marshoutkas) and taxi. You can easily reach the bus stations from the city center by subway and a bus. 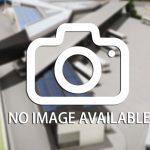